We are excited to announce that we are moving to a new facility in 2023! Our new clinic will provide more space for patient examination, in-house diagnostics and surgery as well as an in-house large animal treatment facility. For those clients who have loved our rural Coupeville location, don’t worry, we love being rural too! Our new location will be located on a beautiful 40 acre farm near Oak Harbor – more information to come!

Our small animal clinic will continue to include a surgery suite where we perform routine procedures such as spay/neuters, soft tissue surgery and occasionally orthopedic surgeries. Our in-house diagnostics include digital x-rays, blood tests, fecal tests, cytology and urine tests. We also work with a regional reference laboratory and state diagnostic lab for more extensive or specific diagnostics including biopsies, cultures and pathogen screening.

We welcome you to visit our clinic and see our exceptional care in action. Our open hours are from 8am – 5pm Monday through Friday. Or, you can schedule your appointment by calling (360)-678-1881. 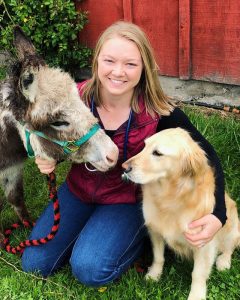 As a native Whidbey Islander, Dr. Kidder is thrilled to be back practicing medicine and picking up the reins of Central Whidbey Vet Services. A 2019 graduate of Washington State University’s College of Veterinary Medicine, Dr. Kidder bought the practice in January 2022. She has a special interest in equine preventative care (especially dental health!) and loves supporting the agricultural heritage of Whidbey Island. Although she planned to practice large animal medicine, she enjoys the diversity that mixed animal medicine brings to the practice every day! When not at the office, she can be found at home in her garden or working on projects with her husband Clint, Greta the spoiled golden retriever, Pickles the very naughty kitty, George her trail pony, Bramble the miniature horse, Rikki the miniature donkey, Martha and Charlotte the moo cows, two terrible geese and some happy hens… maybe some sheep next? 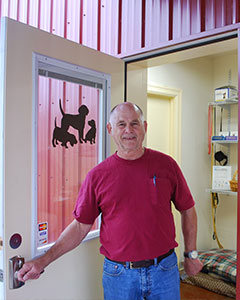 Dr. Moody has now retired! We are excited for him to be able to pursue his hobbies, spend time with family, and build a new home in Missouri, but he sure will be missed!

Dr. Robert Moody has had a lifelong passion for animals. In 1989, he made Whidbey Island his permanent residence after he retired from the U.S. Navy. His love for the island and its inhabitants (both two- and four-legged) inspired him to start a new career helping people and their pets.

In 2002 he graduated from Washington State University with a degree in Veterinary Medicine. Shortly after, he bought his first medical kit and began building a house. Since then he expanded his practice to include a small animal and surgical veterinary clinic, as well as a mobile clinic for large animal and in-home care. His vision and hard work have created a solid foundation for Central Whidbey to continue serving the community for many years to come! 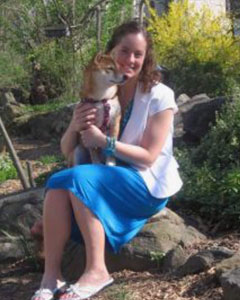 Allison Gleason is our Licensed Veterinary Technician (LVT). Allison is originally from Pennsylvania and came to Whidbey as a proud Navy wife. Following her tour with the Navy she graduated with an associate in science degree from Sanford Brown College in Jacksonville, FL. She came from a veterinary practice in Florida with three years’ experience, before moving to Whidbey and teaming up with Dr. Moody. She likes to spend quality time running with her two dogs, Betty and Leo or snuggling with her cat, Artie. 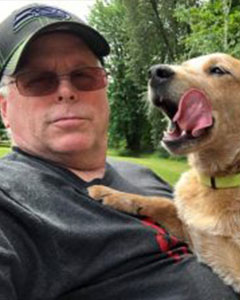 Ron Marshall is the office manager. He retired from the Navy following a 26-year career in aircraft maintenance. He then worked as a Crane inspector in North Alaska for 10 years before teaming up with Dr. Moody as the office manager. His love of animals runs deep! 4 dogs, two horses, 4 goats, chickens, ducks and an African Gray keep him on the run. Ron and his wife Su live on the north end of Whidbey and love to go camping and kayaking.